Ariel’s first season of adventures was fun and a complete success. The reason for getting a boat was to have some fun with family and friends.

The pictures below tell their own story. The adventures were not epic adventures but day sails in or around the Greystones area.

Ariel is a well behaved boat, and has on occasion sailed nicely while the tiller was unattended. One particular occasion we were on a beat on port tack where the tiller was unattended for over a nautical mile.
The simplicity and stability of a gaff rigged boat with a long keel and deep forefoot is just not found in modern boats. It is naturally at the expense of windward performance.

The largest trip was tracked at 14.9 nautical miles down to Newcastle and back. The fastest boat speed or speed over the ground [SOG] as measured by GPS was a whopping 7.1 knots, though we had a help form the tide.

Ariel is now tucked up on its winter berth in the garden and awaiting a top to its varnish and paint. There are no major winter projects planned. The largest project will be to fit navigation lights which will allow for adventures late into the evenings. 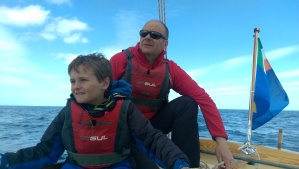 Ailís taking her turn on the helm 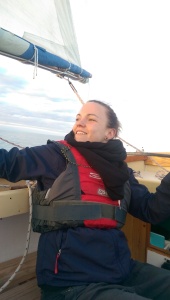 The cousins from Garryduff 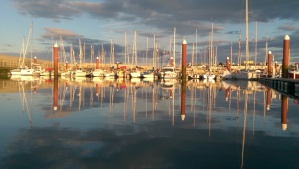 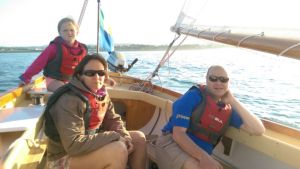 Yes this is why we bought a boat

What? Where? Ah yes I can see it now

Trip to the Mulditch with Robin 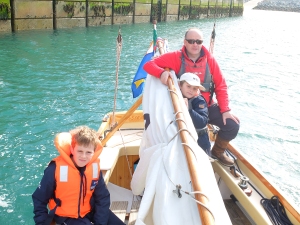 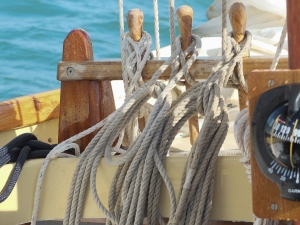 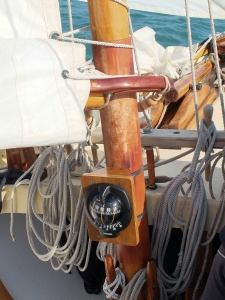